LEADING MUNITIONS EQUIPMENT
Manufacturing for over 160 years
From the construction of the first Whitehead-type torpedo used during the Spanish-American War, through the creation of the first SCAMP line during the Vietnam War, Bliss Munitions Equipment has a rich history of innovation while exhibiting itself as a predominant leader in the defense industry.

In 2013, Bliss initiated the modernization and redesign of its historic munitions machines to create the Bliss A Series. In 2018, Bliss introduced the Bliss 220A/260A Presses, the first machines that complete all pistol and riffle case post draw operations in a single press.

Bliss is focused on continued innovation of high performance machines that will lead its legacy well into the future. 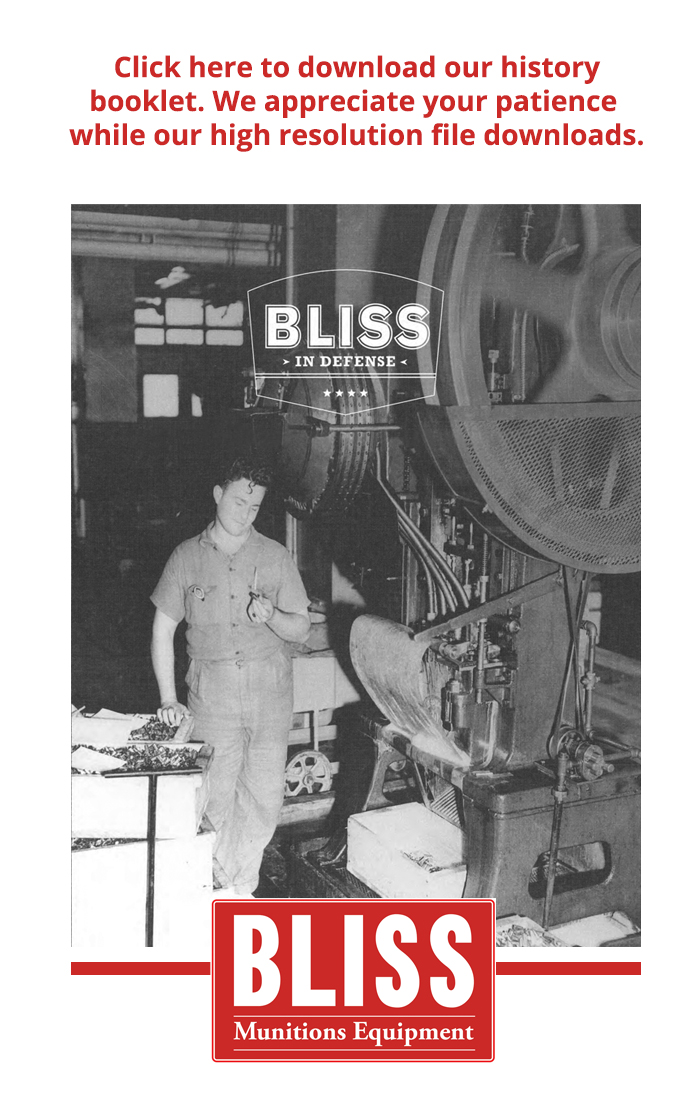